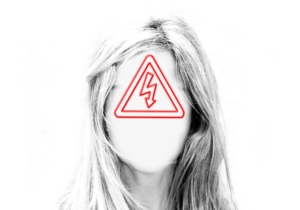 Triggers are particular events or situations that immediately exacerbate or intensify symptoms. These events can be external or internal. BPD triggers vary from person to person, but there are some that are shared in BPD.

The most common BPD triggers are relationship triggers. Many people with BPD have a high sensitivity to abandonment and can experience intense fear and anger, impulsivity, self-harm, and even suicidality in relationship events that make them feel rejected, criticised or abandoned. Interpersonal life events can include rejection of any kind, loss of job and end of relationship.

Thoughts that seem to come out of nowhere can trigger intense distress and other BPD symptoms. This is particularly true for people who have BPD related to traumatic events like child abuse.

A memory, location or image of a past experience of trauma or loss can bring about intense emotions. Not all memories are distressing, some can be of good times from the past which can sometimes be a reminder that things are not as good now.

In order to manage BPD triggers, it is important to recognise what an episode may feel like. Episodes are highly dependent on situations and are specific to individuals, however, there are some common themes.

Intense outbursts of anger are indicative of an episode of BPD as are bouts of depression and anxiety. 80% of those presenting with BPD experience suicidal thoughts and behavior while in the throes of an episode as well. Someone with BPD may go to great lengths to feel something, as well as becoming increasingly withdrawn and avoidant during an episode. Paranoid thoughts of everyone being out to get them and hating them are also common during these times.

Episodes can also be extreme highs, bursts of euphoria and positive emotions. Due to the highly impulsive nature of those suffering from BPD, it is important to realise these emotional highs are also episodes of the disorder. Risky behavior is also a symptom of a BPD episode. Reckless driving and traffic accidents are common as are impulsive spending and even substance abuse.

Almost 80% of those with BPD also have a substance use disorder diagnosis, making the symptoms exaggerated and episodes more volatile and unpredictable.

Visit the following links from Very Well to learn to manage BPD triggers: