BPD and substance use disorders

You are here: Home / Living with BPD / BPD and co-occurring disorders / BPD and substance use disorders

BPD and substance use disorders 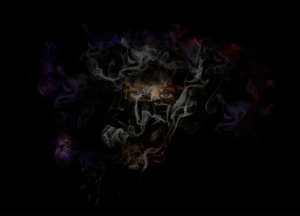 In an extensive US National Comorbidity Survey Replication, researchers found that having any psychiatric disorder increases the risk for a lifetime of substance dependence. Substances include alcohol, street drugs and/or prescribed drugs. Of all the personality disorders, BPD is typically the second most prevalent to have patients with substance abuse. About 78% of adults with BPD develop a substance use disorder or addiction at some time in their lives.

Comorbid BPD and substance use disorders varies with gender, with men outnumbering women. Alcohol and drugs are often abused by people with BPD to temporarily relieve emotional distress. As so, this relief is short-lived. This co-occuring disorder may contribute to the under-diagnosis and low treatment use among men with BPD.

A major issue for those trying to discern the relationship between the two disorders is that substance use can markedly increase the symptoms inherent in BPD such as affective instability, impulsivity and interpersonal issues. There is also greater risk of suicidal behaviour, shorter abstinence phases and more frequent treatment dropout. Therefore, the combination of BPD and substance abuse treatment requires special therapeutic approach.

BPD and substance use disorders have an early onset in which younger people have the higher rates of comorbidity than the general population. Age is not a causal factor for either disorders, however, a common variable is childhood trauma.

Some research suggest that substance use disorders lead to BPD or vice versa. For example, chronic drug abuse may reduce serotonin and lead to disinhibition, self-destructive and impulsive behaviours. Individuals with neurobiological vulnerabilities to BPD may be more susceptible to effects of substance abuse. Such as, substance abuse may bring about loss of important relationships and other life stressors that then lead to BPD in vulnerable populations.

Whereas, some individuals with BPD may turn to psychoactive substances such as opiates, cocaine or alcohol to self-medicate the overwhelming effects of emotional distress and this dependence may lead to drug addiction. Opiates, in natural or synthetic form, reduce pain and 18.5% of people with BPD abuse opiates to reduce the experience of rage or aggression. Cocaine elevates mood, increases confidence, decreases fatigue and increases energy and productivity. About 16.8% of those dependent on cocaine have a BPD diagnosis. In general, cocaine users desire to rid feelings of emptiness, boredom, depressive states or restlessness. About 14.3% of those with BPD abuse alcohol as it is depressant that relaxes and sedates rigid emotional distress leaving users to be in disaffected states.

Early intervention for both BPD and substance use disorders should be treated in a hierachical manner. Patients with alcohol dependence and comorbid BPD benefit the same extent from psychopharmacotherapy for the conditions of substance abuse as patients with dependence disorder without BPD. There needs to be caution for patients with drug dependence as a study has found that prescription substance abuse is equally high in both males and females with BPD. The most effective treatment for both disorders is to have simultaneous treatment from therapists with consistently positive attitude of appreciation and high expertise in both conditions who can offer separate skills training and sociotherapy.

For more information on finding treatment, check out these articles:

Finding the right doctor and therapist

Substance Use Disorders and Borderline Personality

Borderline Personality Disorder and Substance Use Disorders: An Updated Review