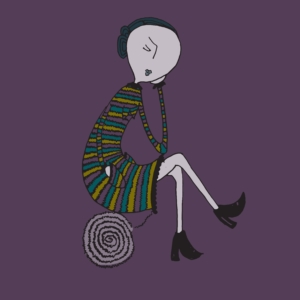 BPD and eating disorders can first appear in adolescence and young adulthood and can occur together. It is estimated that about 54% of patients with BPD also have a history of an eating disorder. BPD has shown to be present in about 25% of people with anorexia nervosa and 28% of those with bulimia nervosa. These rates of eating disorders in the BPD population is much higher than the general population which is 5-10%.This represents a large number of people with comorbid disorders who may have impaired long-term functioning.

The onset of BPD is during adolescence or early adulthood as one of the main predictors to the development of BPD is the inheritance of temperament that is susceptible to upbringing and life stressors. Both BPD and eating disorders are associated with histories of childhood trauma, such as physical, sexual and emotional abuse. Researchers gather that BPD develops before eating disorders and therefore understanding and recognising the relationship between the two disorders in an individual is important to determine best course of treatment.

Although, the relationship between BPD and eating disorders is not causal, some researchers hypothesise there may be some causal link. Alike BPD, the development of eating disorders involves biological, psychological and environmental factors. Exposure to teasing or criticism regarding physique may be negatively experienced in childhood when coupled with a child’s vulnerability to distress and the media’s idealisation of thin body types can lead to disordered eating behaviour. Some researchers suggest that the neurobiology in the BPD mind may shape the type of eating pathology expressed in an individual. Problem eating issues in individuals with BPD can be simultaneously viewed as:

Engaging in problematic eating behaviour through binge eating, excessive purging, abuse of laxatives, self-induced vomiting, extreme restriction as an attempt to find relief from emotional surges, irritability, inappropriate anger and chronic feelings of emptiness can be signs of impulsivity and risk-taking.

Eating disorders are linked to depression, hopelessness and despair, contributing to the highest rate of mortality of all mental health disorders, with half of the deaths due to suicide. It is not uncommon for those with an eating disorder to make multiple suicidal attempts.

Partaking in impulsive and risky behaviours may be an attempt to find relief from mood instability but engaging in eating disordered behaviour can also induce emotional distress of intense shame, hospitalisation and family disruptions as well as its physical impact of malnourishment can exacerbate the stress. It is difficult to determine whether experiences of intense emotions is due to emotional or physical inputs – or combination of both.

Malnourishment and nutritional deprivation will cause significant damage to emotional, psychological and physical health. Studies on starvation demonstrated that those who had minimal food intake were found to experience increased depression, anxiety and other mental and emotional effects.

The belief that being thinner will make one more attractive and desirable, and thus more likely to keep relationship will lead to individuals with comorbid eating disorder and BPD to hold tight to eating disorder behaviour as a coping strategy to ease the intense fear of abandonment or have a sense of control on relationships.

Adherence to eating disorder behaviour can be perceived as all good or bad, which directly links to one’s perception of self. This leads to a very unstable and volatile sense of self that can be projected to relationship with others.

Identity disturbances and feelings of emptiness

It is common for an individual with an eating disorder to feel that it defines his/her identity. They often report that they feel the eating disorder serves as their connection with world and their part in it, and without it they have deeply ingrained feelings of loneliness and emptiness. There is nothing positive about having an eating disorder as it can take up the entire identity. Recovery would include rediscovering identity towards leading a meaningful life.

As with any illness, the earlier the intervention, the better chance for recovery. The good news is that there are effective treatments for both BPD and eating disorders. Which problem should be treated first? Although there is a correlation between BPD and eating disorders, they are completely different disorders that require specialised treatment together for the most complete recovery. However, if the symptoms of the eating disorder are so severe that they are life-threatening, then hospitalisation is vital for the eating disorder before beginning BPD treatment. Alternatively, if the BPD symptoms are very severe that they are either life-threatening or would significantly reduce the ability to engage in treatment, the BPD symptoms should treated first. Therefore, professional help is required to decide for each individual case.

If you think you or a loved one may have BPD and/or an eating disorder, the first step is to find a mental health professional who is qualified to make an assessment and diagnosis.

For more information on finding treatment, check out these articles:

Finding the right doctor and therapist

Personality Pathology and Its Influence on Eating Disorders

The Course of Eating Disorders in Patients with Borderline Personality Disorder: A 10-Year Follow-up Study

Sunrise – Using DBT to aid the treatment of eating disorders